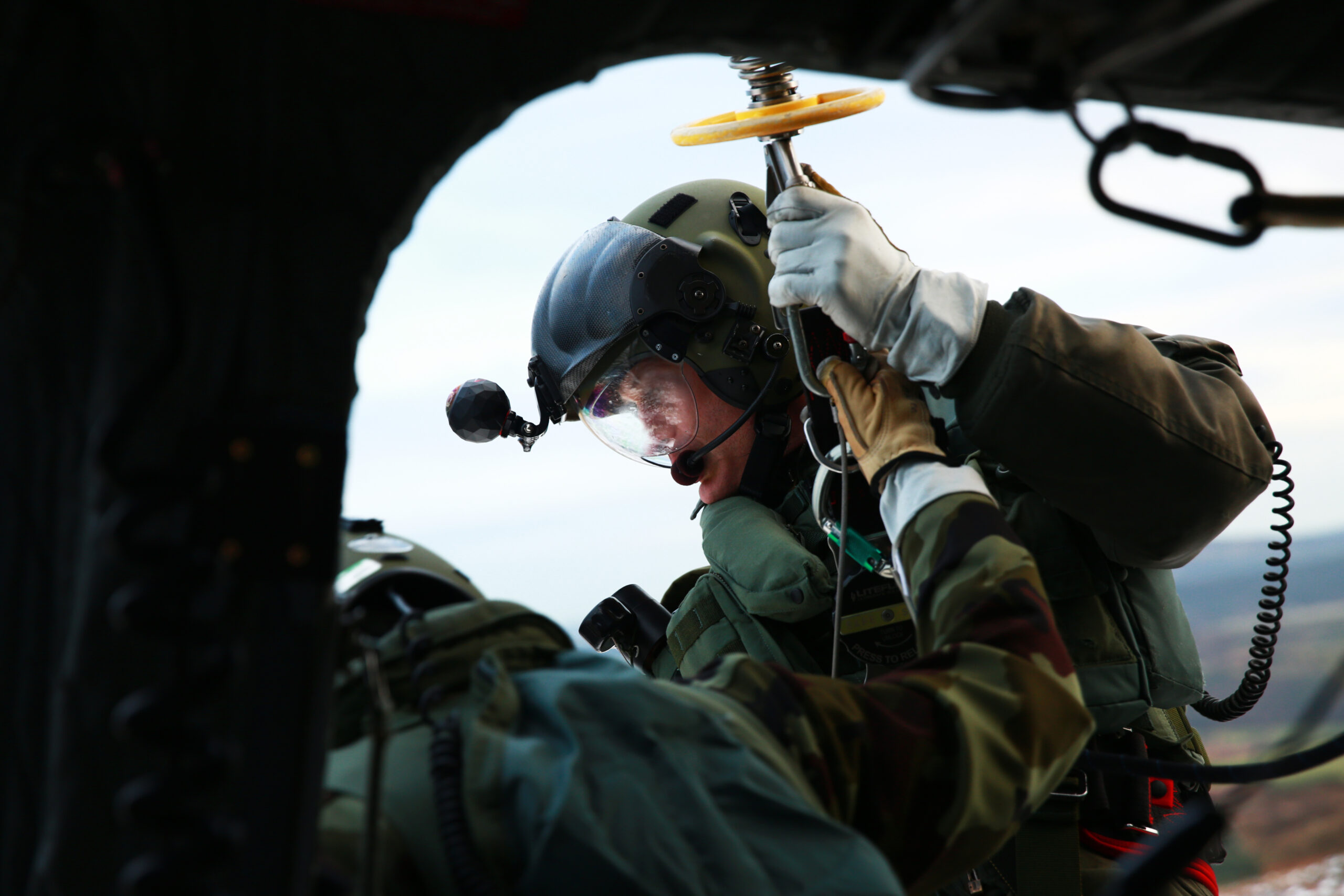 By Michaela McparlandDecember 16, 2020No Comments

UNITED KINGDOM: Data driven VR simulation company VRAI has won a Defence and Security Accelerator (DASA) contract focussed on improving the RAF’s ability to measure and predict pilot performance using a combination of VR & data analytics technology. The company based in Gateshead’s Proto Centre, and RAFX based in the local airbase RAF Leeming, was awarded the £348k funding to work with the Royal Air Force (RAF) to help codify and assess ‘airmanship’ in pilots. VRAI creates data driven VR simulation training for high hazard environments, with clients including leading organisations such as the IAG in Heathrow Airport, the United Nations in Somalia, and other European militaries.

This innovative project will see VRAI bringing cutting edge simulation and data analytics technology to RAF pilot training. The partnership could result in more sophisticated learning assessment as well as the ability to use simulation data to codify the key characteristic of ‘airmanship’ in pilots. This project is funded through the Defence Innovation Unit and supported by The Defence Science and Technology Laboratory (Dstl), which is the UK’s leading government agency in applying science and technology to defence and security of the UK. The project with RAFX will run until May 2021.

The move follows VRAI’s expansion into England’s North East region, where the company recently opened their UK headquarters at PROTO in Gateshead, the UK’s only immersive tech cluster. VRAI’s focus on the region corresponds with the company’s ambitions to stay close to its customers and local talent, with over 5,000 computer science graduates qualifying annually in the NE. VRAI are currently recruiting data engineers and software developers for the office in Gateshead. VRAI is the first company from Gateshead Council’s Proto Centre to receive DASA funding.

The world’s top militaries are increasingly incorporating virtual simulation and AI into training, as it continues to prove itself as an effective, and scalable method of learning. In contrast to traditional simulators, VR offers greater flexibility and lower costs while reducing the need for travel. The data generated in simulated environments has the potential to change how people are trained, provide individualised adaptive learning experiences and provide deep insights through data analytics and machine learning.

VRAI’s project with DASA, the Dstl & RAFX comes following the launch of the UK Government’s new science and technology strategy for defence earlier this year to facilitate innovation and help the armed forces become better equipped in facing future challenges. The Ministry of Defence, Science, and Technology Strategy plans to collaborate effectively and pursue promising technologies that have significant potential for integration into military capability.

The global VR market in aerospace and defence market is projected to experience significant growth over the next five years, reaching almost $6 billion by 2026.

“‘Project iDAS (immersive Data driven Airmanship Simulator) is a fantastic opportunity to harness cutting edge technology as the RAF explores captured data analysis to assess pilot behaviour to identify characteristics of good airmanship. This fusion of Virtual Reality and Artificial Intelligence integrated with simulated complex and high stress environments will allow the RAF to remain at the forefront of innovation and technology. The new VRAI office is in Gateshead is also another positive for the North East and the innovation eco system that RAF Leeming / RAFX is a founder of.’

Commenting on being awarded the project with RAFX by DASA, Co-founder of VRAI, Niall Campion, said:

“We are privileged to have been selected by DASA to help the RAF to codify airmanship. This project is at the cutting edge of simulation and data technology and shows the innovation being driven by Dstl in developing future capabilities for the forces, and the value RAFx RAFX is bringing to the RAF innovation ecosystem. ”

“Fast-tracked through DASA’s Open Call Competition this was one of the first proposals funded under ‘Simulating Future Battlespace Complexity’, one of the Defence Innovation Priorities, which were set up to look for ideas and opportunities in unconventional places and in unanticipated relationships. This shows the success that can be achieved when collaboration is enabled between civil industry and defence”.

Dstl – The Science Inside

The Defence Science and Technology Laboratory (Dstl) delivers high-impact science and technology (S&T) for the UK’s defence, security and prosperity.

Dstl is an Executive Agency of the MOD with around 4,500 staff working across four sites; Porton Down, near Salisbury, Portsdown West, near Portsmouth, Fort Halstead, near Sevenoaks, and Alverstoke, near Gosport.

Dstl is a proven national asset, giving the UK clear advantage across science, technology, cyber and information and a member of the National Cyber Force.

We offer world-class science and technology capability allied to inside knowledge and government savvy, and underpinned by deep operational understanding of defence and security.

This enables us to demystify and harness science and technology to give clear military and security advantage through impartial advice and solutions – to innovate the science inside UK defence and security.